Geomathemetrical Exercise for the Mind
"Geomathemetrical", a coined word that refers to designs that utilize geometry and mathematics in harmony with Universal Principles.
A heightened awareness and practice of geomathemetrical design has recurred throughout history from the Pyramids to the Parthenon, Renaissance masterpieces to Bach fugues. These timeless principles can improve the form and function of any design. Becoming aware of these principles and exercising one's use of them is what the Game is all about!

The world of specificity can be unified and recognized as whole through the proper use and understanding of Universal Principles of Organization.

A mind enlightening game of conceptual synergy founded on the idea that knowledge can be learned and organized in harmony with Universal Principles of Organization.
The Game is designed to relate a players primary knowledge with the infinite spectrum of possibilities. A player soon comes to realize that although the simple assortment of pieces is small and guidelines may appear inadequate; it is the same with natural phenomenon - simple systems with complex, even chaotic behavior. This paradox is a central feature of the experience. Universal Principles apply at all levels; the shallow and the deep. The Game can be appreciated for its simplicity on the surface, as well as the depth of meaning it can contain.
Playing the Game is a process of moving beyond linear thinking to holistic, radial or logorhythmic thinking; of training the mind to perceive multiple layers of meaning.
The Game plays with Time, Space, Shape, Color, Sound and Aroma. A player builds a Game along a purpose and each play can be rich with meaning. There are; however, some plays left purposefully, or accidentally, to chance. In this way Games take on an element of unpredictability as is common in life and nature. There is a phrase common among players that "Mistakes Matter." At times chance has a way of intervening in a Game to provide an unexpected and brilliant twist.
Game pieces begin with the most basic designs, such as the circle, triangle and square. When combined with the colors of the rainbow, they form the pieces and frameworks. 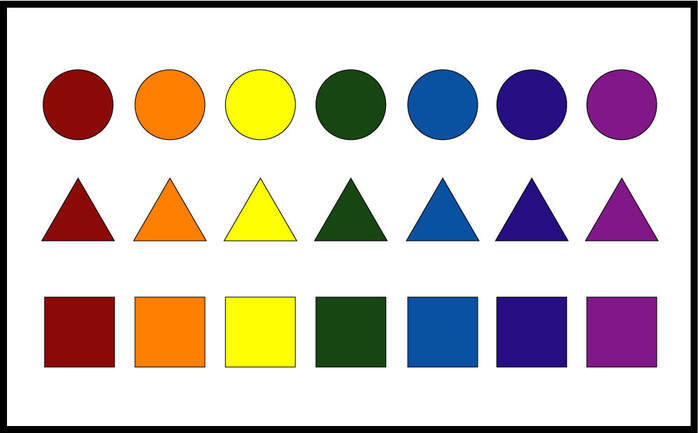 These basic frameworks are patterns that grow calculatingly out of the Principle of One, while maintaining a perspective and conceptual trail back to the One. In this way, knowledge from any particular field of study can be organized using these frameworks, New relations among varied fields become easy to recognize when organized along the principles of the Game.
I owe my own genesis of thought and development of the Game to Hermann Hesse and his novel "Magister Ludi: The Glass Bead Game" While Hesse did not elucidate any particular guidelines or pieces of the Game, he planted the idea and potential for the Game in my mind. It began for me with the question: "What are the beads"? I finally answered that the beads were essentially anything that holds or can hold meaning. It began with words and progressed to shapes and finally to the Foundation Frameworks. This then led to creating the individual pieces in order to begin playing the Game, which was a transformative process that culminated in the concept of Aromatic Omnivision, which led me to working with essential oils.
Quotes from Magister Ludi: The Glass Bead Game by Hermann Hesse 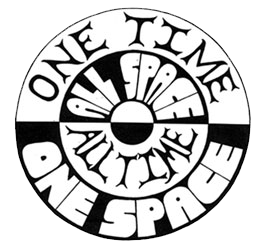 Existence on the physical plane is characterized by "One Time - All Space" inasmuch as each of us occupy a separate space, but it is basically the same time. The Principle of Equilibrium would suggest that since "One Time - All Space" characterizes the physical plane, then "One Space - All Time" would characterize the spiritual plane. This coincides with the theory that at the speed of light one would de-materialize and move throughout the universe without the passage of time.